Avalanche Safety. Get the Big Picture. 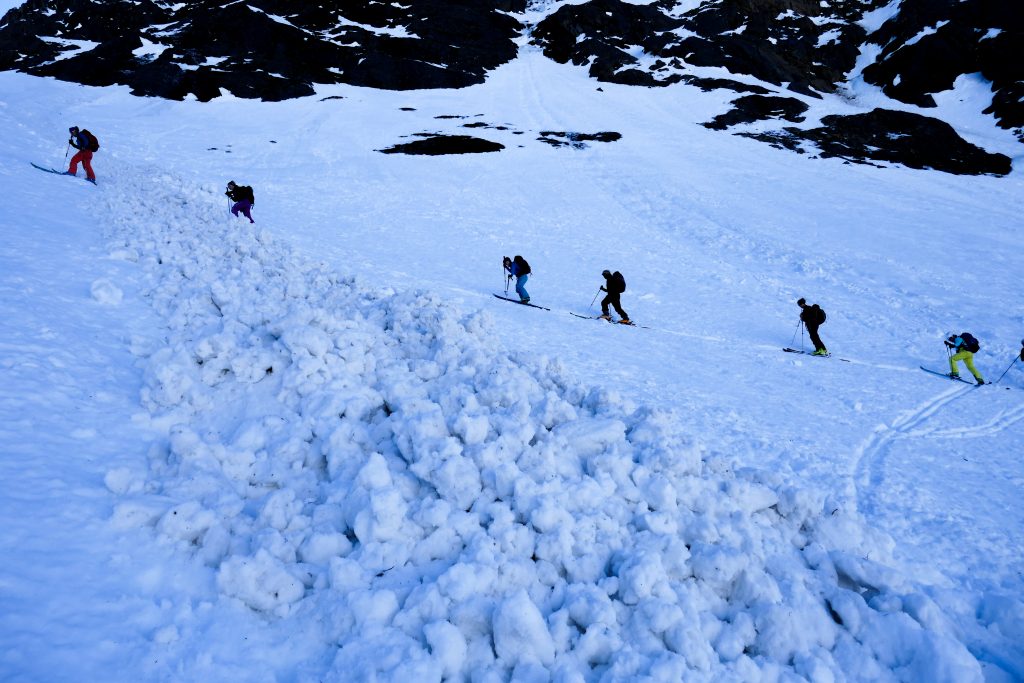 Avalanche Safety. Get the Big Picture.

When I was a young winter climber in Scotland my avalanche safety process was pretty basic. I looked at the SAIS (Scottish Avalanche Information Service) hazard forecast and then extrapolated it to the route that I intended to climb that day, and then…ummm, well that was pretty much it. Sound familiar? Sure, I was aware that there were other warning signs that I needed to heed, like a fresh storm or sudden ‘whoomphing’ in the snowpack, but I never joined the dots between all of those little nuggets of knowledge.

Unfortunately, if we’re going to try and keep ourselves safe in the mountains by using only these little bubbles of information we’re going to be just like the guys in the fable of the three blind men trying to describe an elephant. You know the story: one guy feels the elephants leg and describes an elephant as being like a tree, another feels the elephants’ trunk and describes an elephant as being like a giant snake, and so on. Well, I suggest that it’s time for you to look at the big picture when it comes to avalanches, and crucially know how all the different parts of the avalanche elephant inter-react with each other. It’s only then that you’re going to have a solid avalanche skill set and stand a decent chance of being truly safe in the winter mountains.

So how do we prioritise all of this information? After all, avalanche knowledge is one big elephant. In 2004 a group of avalanche professionals in the US came up with a simple 5 rule program for high school students living in mountain towns that have some key take home points that are valuable to us all regardless of our age and objectives. It’s called: Know Before You Go.

Get the Gear. An avalanche transceiver, shovel & probe, and critically, know how to use them. Well that’s simple, we already do that right? Actually, no. I run dozens of rescue scenarios on our avalanche courses every year where people get to put their beacon skills to test in as close to realistic situations as we can make possible (as opposed to looking for the buried transceiver under a handful of leafs in your garden!) It can get pretty messy. You’d be amazed the state and quality of the equipment some people turn up with. If your beacon isn’t a 3 antennae digital model and you’re not training with it on a regular basis, then you don’t have the right equipment. Heard about tactical digging? You should have; it’s arguably more important than knowing how to use your transceiver. Don’t even get me started on multiple burials. Avalanche equipment has moved on massively in recent years and your ownership and operation of this life saving equipment should reflect that, and regardless you have to practice regularly. Having these skills will give you a fighting chance if the elephant attacks.

Get the Training – Here’s the thing: you don’t know what you don’t know. 9 out of 10 people caught in an avalanche have triggered that avalanche themselves, or someone in their group has set it off. That’s actually good news, because that means we have a choice about our own destiny when we’re in avalanche terrain. As a rule, the White Reaper doesn’t strike randomly. If we learn about avalanches, we can avoid getting caught in avalanches. And just because you’ve spent years in the mountains without incident doesn’t mean you’ve somehow assimilated this skill by osmosis. You haven’t; you’ve just been lucky. Avalanche skills and knowledge are just like any other craft; you need to study and practice them. Our advanced level 2 courses book up months in advance. That’s because students on these courses have already gone through a two-day AAA (American Avalanche Assoc.) guidelines Level 1 courses with us, and in so doing have realized how important it is to have an proper avalanche skill set. Knowledge is king in the avalanche world. Take a course and you get to see the whole elephant.

Get the Forecast – This rule is free and very useful, especially in a country like Scotland that has a very detailed and regional set of forecasts submitted daily by experts. Trust me, in many parts of the world this quality of information isn’t out there. So use it. The UK doesn’t have an avalanche forecasting problem; it has a public engagement problem. We are drowning in information but starving for knowledge. That’s to say the average hit on the SAIS website is a handful of seconds – people log on, see the headline figure – maybe ‘Considerable’ hazard, and base their route decision for the next day from those few seconds. Wrong! The forecasters go out of their way to provide us with a vast array of information in their forecast in the hope that we will break it down and maximize those pearls. We’re being given golden information so use all of it. It actually works in conjunction with Rule 2: if we understand what we’re looking for then the avalanche forecast becomes a super-rich source of what we’re seeking: current, localized information relating to a specific type of avalanche problem. Always keep an eye on the elephant and see what it’s up to.

Get the Picture – So we have the gear, we have some education which means we can fully interpret the avalanche forecast that we also have, but we still have to pay attention when we’re on the mountain. Is there snow moving around and causing wind loading? What direction is that wind coming from? Is it blowing from the forecasted direction or has it changed? Am I seeing shooting cracks? Why am I sweating in this light fleece? Wasn’t the forecast for it to stay cold today? I’m seeing avalanche debris… is that recent? Regardless of the forecast, the very best information, bullseye information, comes from what we’re seeing around us. It doesn’t get more relevant and targeted than that. For this reason, it’s vital to keep looking and asking stability questions throughout our day when in the mountains. When an elephant is trying to tell you something it’s a good idea to listen.

Get out of Harm’s Way – The final rule. Basic travel protocols that limit exposure of you and your group to the avalanche hazard. Because you never know, and the Big Guy in the White Coat is a sneaky bugger. Avoid suspect slopes, don’t loiter on or beneath avalanche pathways, and negotiate them one at a time. To put it bluntly, if you follow this last rule and you’ve screwed up, only one member of your party will be avalanched leaving the rest of the party to hopefully conduct a rescue. Don’t stand in the line of charging elephant.

Through a combination of the right equipment, training and knowledge we can work with a detailed avalanche forecast that we constantly challenge and update as we travel through the mountains, whilst at the same time employing safe travel protocols. The key is to try and use all the available information to confirm or deny our stability forecast. Remember the big picture and don’t be the blind man feeling the elephant! 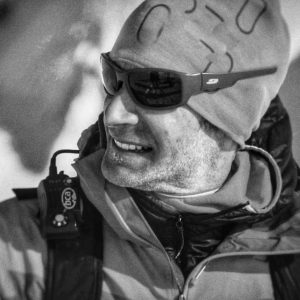 Mike Austin is an AMGA Assistant Ski Guide. He is a Professional Member of the American Avalanche Association, a collective group of dedicated professionals engaged in the study, forecasting, control and mitigation of avalanches. Mike has ski guided for over 25 years, from the west coast of North America & Alaska to interior British Columbia & Utah as well as Iceland, Norway & Antarctica.
All Posts 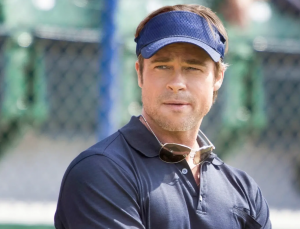 Using intuition in the Backcountry. Moving on From the Moneyball Mindset.

Don’t trust your instincts: you’ll wake up in jail. – Andy Jerram. Ski Instructor to the rich & famous.  Sabermetrics, the search for objective knowledge 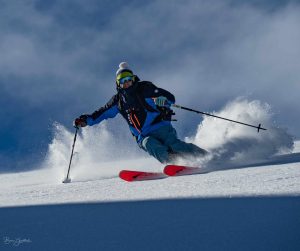 Skis are funny things, they all look remarkably similar however all skis are not made equally, I have been working with Dynastar for a number

As backcountry skiers we are not as good as we think we are when it comes to making decisions in avalanche terrain. We constantly misjudge 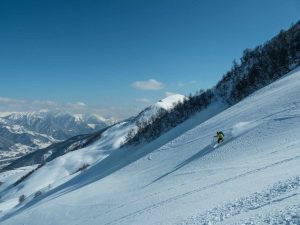 It seems funny writing about skiing when we have been locked inside for 2 months and the last ski day seems a long time ago.

Following on from discussions about digital mapping and online avalanche and weather forecasts during our recent avalanche courses this season, we thought it would be

The latest news, tips and general insights into what we do 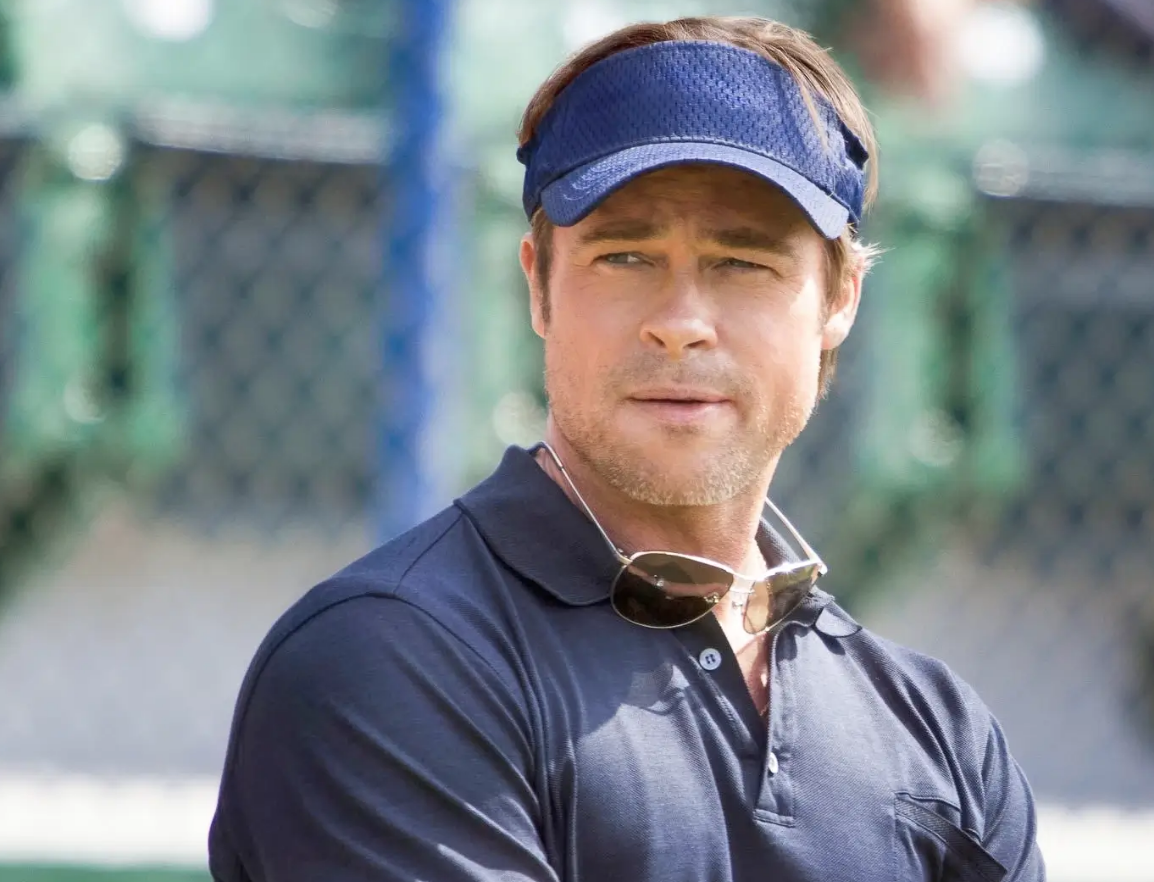 Using intuition in the Backcountry. Moving on From the Moneyball Mindset.

Don’t trust your instincts: you’ll wake up in jail. - Andy Jerram. Ski Instructor to the rich & 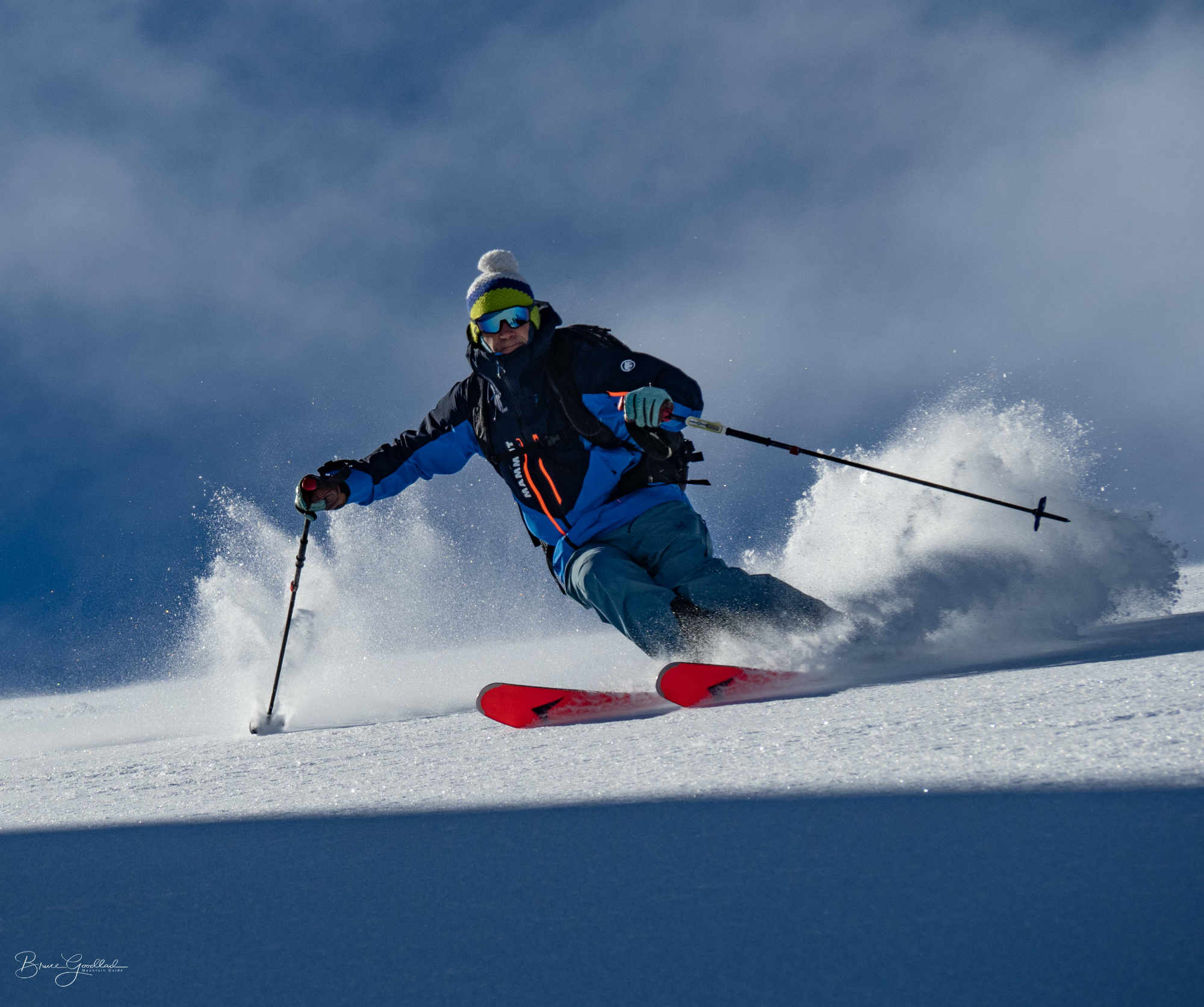 Skis are funny things, they all look remarkably similar however all skis are not made equally, I have 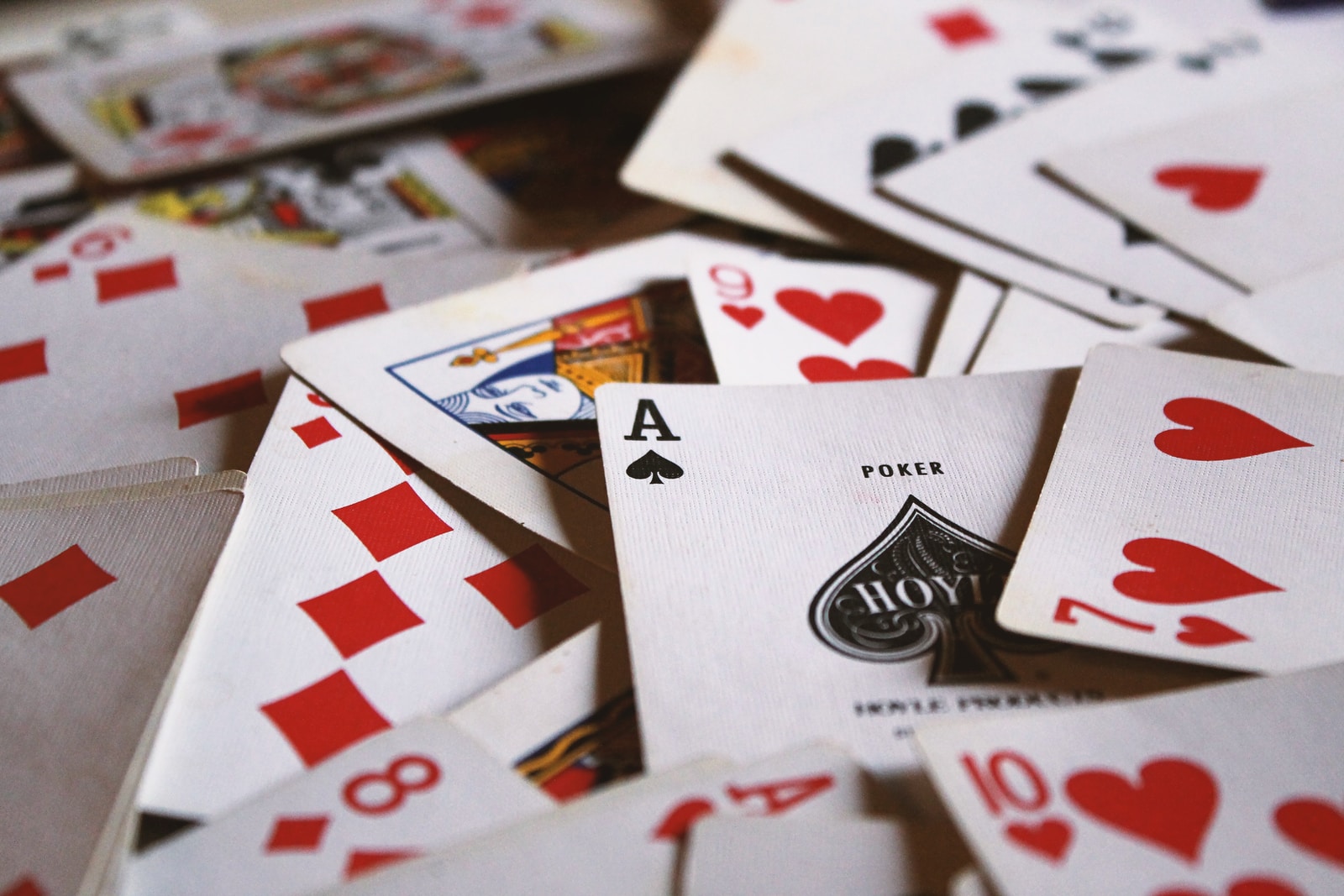 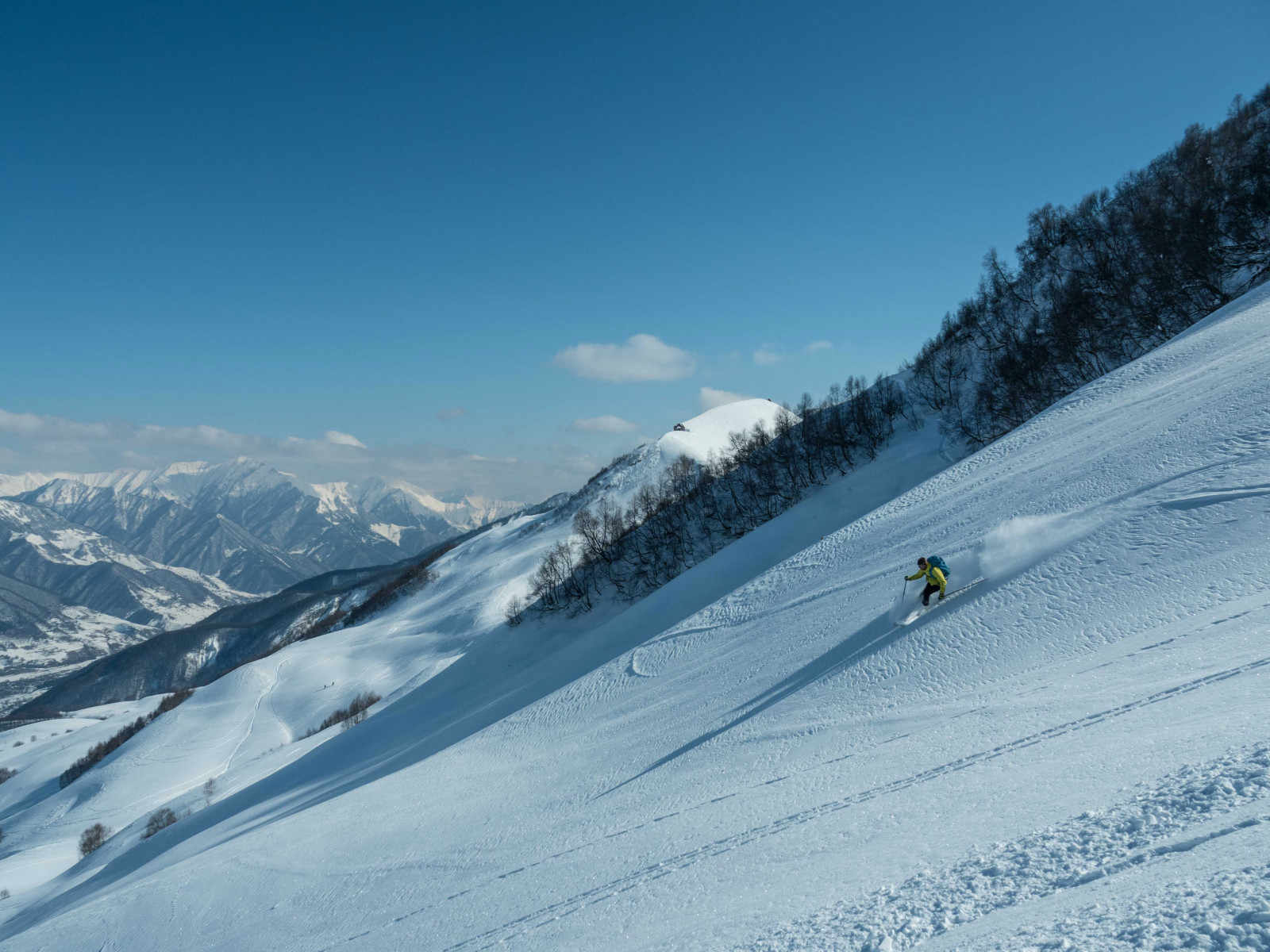 We offer formalised education that conforms to the American Avalanche Assoc. (AAA) guidelines here in Europe.

Manage Cookie Consent
To provide the best experiences, we use technologies like cookies to store and/or access device information. Consenting to these technologies will allow us to process data such as browsing behavior or unique IDs on this site. Not consenting or withdrawing consent, may adversely affect certain features and functions.
Manage options Manage services Manage vendors Read more about these purposes
View preferences
{title} {title} {title}